Home » Our Work: Why It Matters » Where We Work 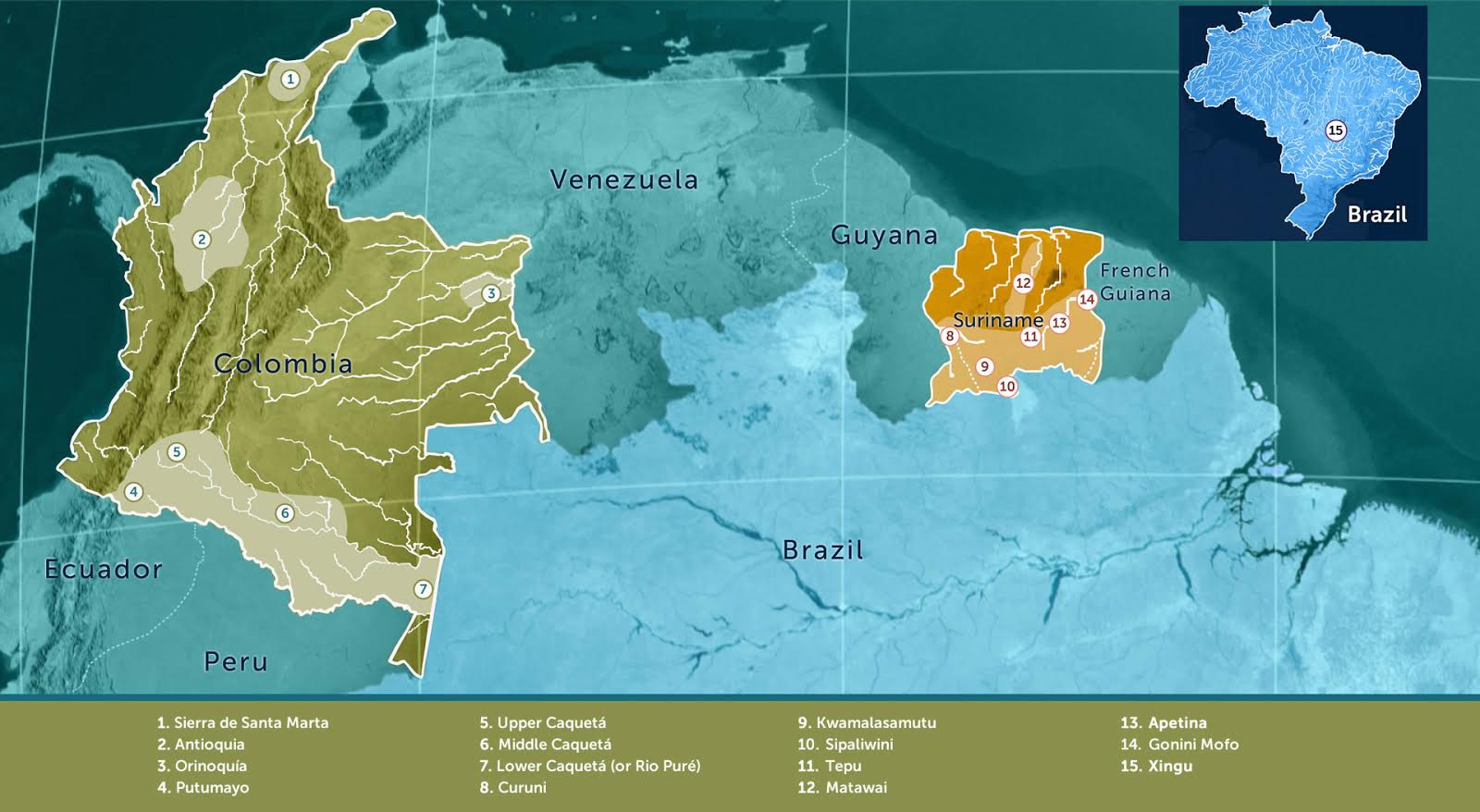 We are a field-based organization. Before we work anywhere, we must first be invited.

In Colombia, we work where the eastern slopes of the Andes meet the Amazon Basin. This is a fragile transition zone of high biodiversity and ancient cultures. Further east, we seek to protect much of the watersheds of the Caquetá and Putumayo rivers. In southeastern Colombia, where the Putumayo forms the border of Brazil, we work to increase protections for isolated indigenous groups.

In the northeast of Colombia, the world’s tallest coastal mountains, the Sierra Nevada de Santa Marta, overlook the Caribbean. Our partners there are communities of related indigenous groups that strive to protect their highly endangered environments.

Other priority areas include lands to the west of the main spine of the Andes, where many small indigenous reserves exist alongside farming communities. On the border of Venezuela, we work to protect an ecologically important buffer area between an indigenous reserve and a national park.

In the sparsely populated and pristine forests, across the entire southern half of Suriname, we continue our long-term partnership with local indigenous people. Their territories encompass significant areas of the watersheds of the Curuni, Tapahony and Lawa rivers, among others. The region is part of the ancient Guiana Shield, an area of rare species and the unique table-top mountains called tepuis.

We also collaborate in central Suriname with other traditional people, descended from Africans who fled slavery by escaping into the surrounding forests. Their territories are along the wild and resource-rich rivers of the interior, including the Suriname, Saramacca, Marowijne, and Tapahony. Since 2011, we’ve partnered with local people on a special project in the Xingu Indigenous Park, beginning with the establishment of a small indigenous village called Ulupuene. The village helps protect the Park’s southwestern border.